We are so heartbroken to have to share that poor Jemma did not make it. What was originally thought were bladder stones was a large mass in her vaginal canal that caused several blood clots, discovered during surgery. She would have needed another round of tests and more invasive surgery.  The chances of a successful surgery wasn’t good and has a high likelihood of coming back in the future. After difficult conversations, it was decided that the best thing for Jemma was to relieve her of her pain.

Thank you to everyone who contributed to her medical care. Her medical bills exceeded $3000. Any contribution would help so much in covering the expenses. We wish we could’ve helped her more. 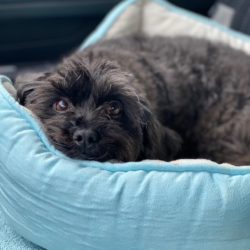 Few situations are more agonizing for a pet owner than to see their lovable, loyal pup suffering without the means to help them.

That’s the unfortunate situation that sweet, little Jemma’s humans found themselves in this last week. Normally a playful, friendly four-year-old, Jemma was in such pain, she was unable to urinate and began vomiting blood. A trip to the vet revealed she had bladder stones and the only way to save her was surgery.

By the time she came to CAWS, her condition was so dire, she wasn’t even stable enough for surgery. Currently, medical professionals are working to stabilize her condition, while also running some tests to see if surgery is her only option. Her vet bills exceed $3,200 BEFORE surgery, and she likely has a long road of recovery ahead.

We’re asking this amazing community of animal lovers to help them as they try to help alleviate Jemma’s suffering.

No contribution is too small, and if you can’t donate, please share. Let’s come together and help this little cutie get the medical help she needs and deserves!

Can you please help us save Jemma?
With so much gratitude-
Jemma and The CAWS Team
Thank you to all of Jemma’s kind donors:
KV

I’m so sorry for your loss. We lost our baby a year ago after surgery and many tests so I know how fast things add up.

Love CAWS and admire all you guys do for sweet animals. 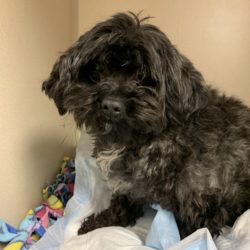 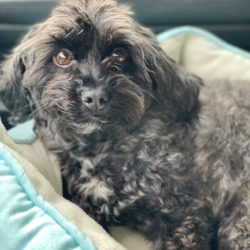 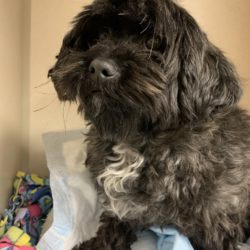